Prescott Circus Theatre’s young stars make appearances at over 50 events each year. Here are some first hand accounts from our summer students from an event this past weekend.

On Saturday, June 25th, Coach Ceara, Elia, Tit, Marcos, Antonio, and I went to the Fred Finch Youth Center for their 125th Anniversary of being open and helping children.  We started with our parents dropping us off at the corner of 10th and Peralta dressed in costume. Then we did our makeup against the fence of the school with Coach Derique’s group which went off to San Francisco (for a different event) before we left to go to the Youth Center.


Once we arrived at the Fred Finch celebration, Coach Ceara called the manager of the event and the manager showed us where we could keep our equipment. We unloaded the car and then talked about what we were going to do. I started as a ground clown so I juggled, did tricks with the stilters like Antonio, and hula-hooped. I got on stilts for the second round and that’s where the fun started for me. I danced on stilts to the music that the band was playing and took pictures with a person in the photo booth. I was sure to stay hydrated. 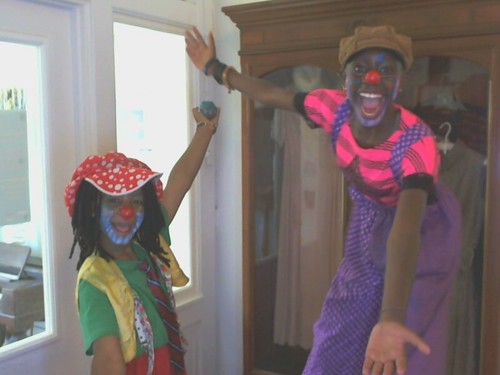 After working, we got to enjoy the celebration ourselves so I ate a snow cone, popcorn, cotton candy, and a small cupcake. I played some games and won a lot of tickets which I used to get myself a toothbrush holder, a board game, and a book. After the day, Coach Ceara dropped each of us off at home.
– Namugga 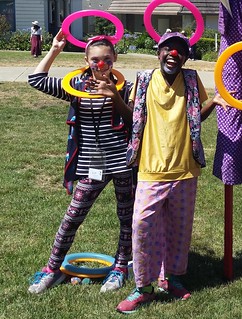 Yesterday at the Fred Finch Youth Center, me, Elia, Antonio, Nana, and Marcos went to go celebrate 125 years of the Fred Finch Center with Coach Ceara. Once we arrived, there was a man and his name was Denny. He went to Prescott Elementary and his teacher was Miss Moffitt for 1st and 2nd grade.

At 11:30, the boys went on stilts while we were doing some juggling tricks. Around 12:00, the girls went on stilts. While I was on stilts, this girl name Amari told me that she went to Piedmont Ave. Elementary School. She was in the circus there and her coach was Coach Jamie. I gave her a flyer.

After 30 minutes, we had free time and we all went to the different booths. At 2:30, we left the event and Coach Ceara dropped us at home.
– Titi 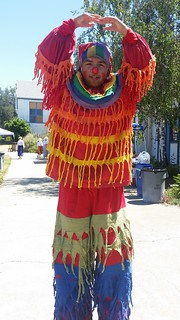 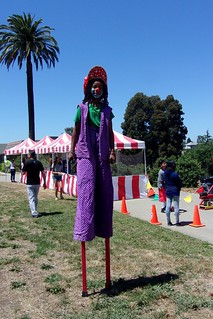